My post-FOSDEM detox has started - despite preparing by reading some survival guides, I hadn't really fathomed the variety and quantity (and quality) of beer that would flow over four days.  On reflection however, the beer flow has been far exceeded by the flow of tech content and conversation.

There were sessions from Oracle, Percona, Planetscale, Facebook, TicketSolve, DBdeployer and Uber.

Naturally the highlights for me were the Friday sessions focused on MySQL Ndb Cluster including : 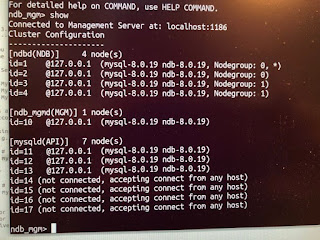 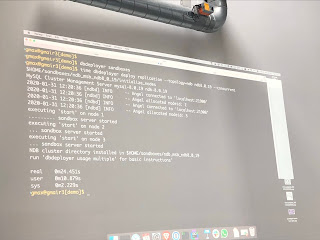 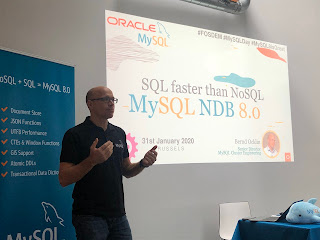 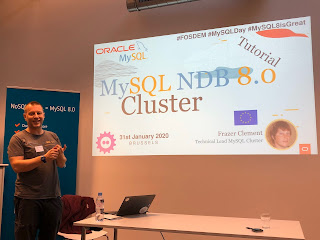 After my tutorial, I was interested in locating and consuming a drink, and luckily the MySQL Community dinner was just starting in the event venue.  This was a very agreeable event, well attended by the wider community including colleagues from 'old MySQL' that I had not seen for over 10 years.  It is great to see that while there are differences of opinion, and competition, we still have more in common than not. 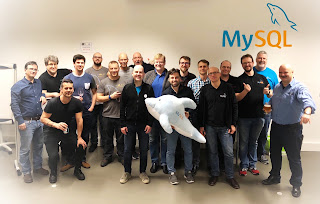 On Saturday the action moved to the FOSDEM conference itself, running in a University campus.  Despite looking at the program I had not quite appreciated the volume of tracks, sessions and experts that would be present and talking in the rooms and the corridors.  The MySQL developer room alone had 17 talks from across the community, one every half hour for eight and a half hours !

I spent most of my time here, but also attended some talks in the other tracks, including some interesting performance talks in the Software Defined Networking room including a nice one on vectorising packet processing in DPDK.  Unfortunately I was unable to attend the run a mainframe on your laptop session in the Retrocomputing room, but luckily everything was being streamed, and the videos are being uploaded here.  While wandering around the University campus I stumbled upon a bar and tried some of the (open-source?) FOSDEM beer.

I will not bore you by enumerating all of the sessions, following beers and conversations, but I can definitely recommend reviewing the schedule and viewing some of the captured videos to get a bit of the experience for yourself.  Even better, if this sounds like your sort of thing, why not see if you can find a way to attend yourself, in 2021?

Many thanks to lefred for organising, running, presenting, photographing and tweeting across all the events.
Posted by Frazer Clement